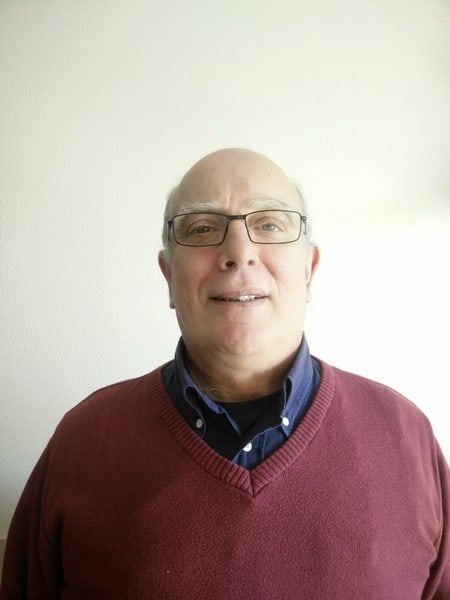 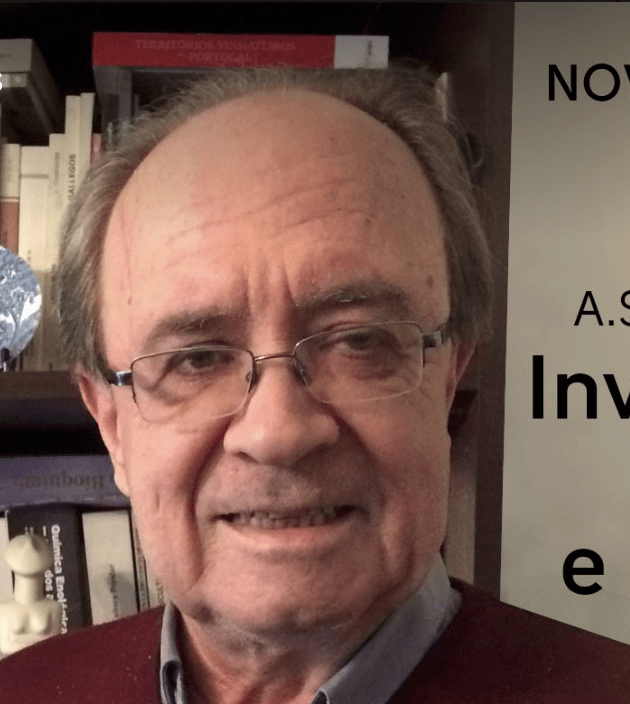 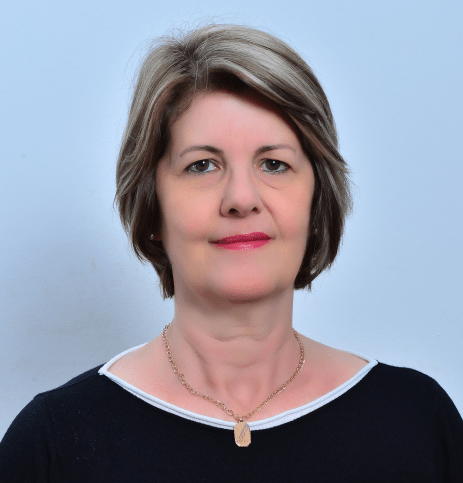 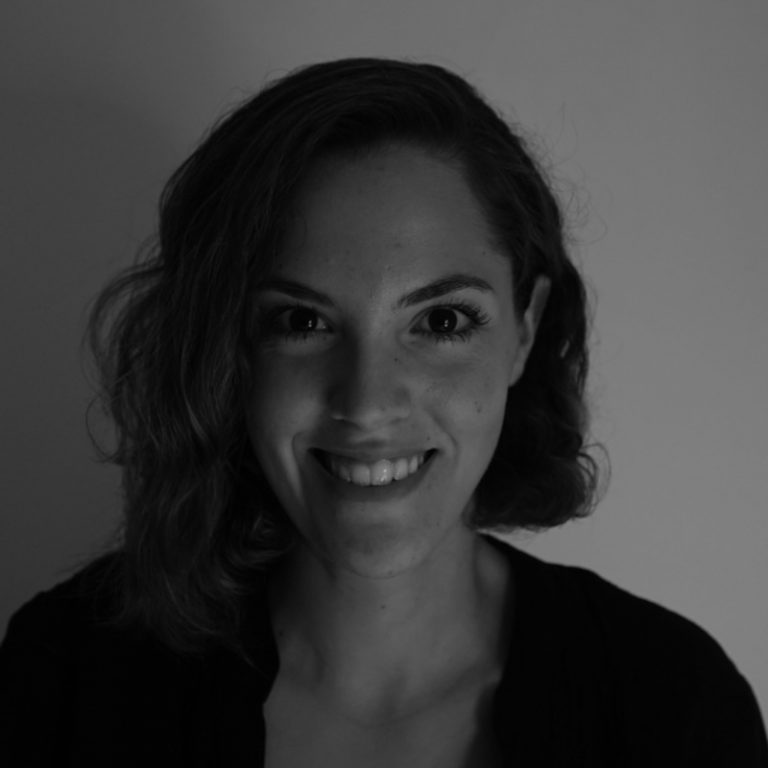 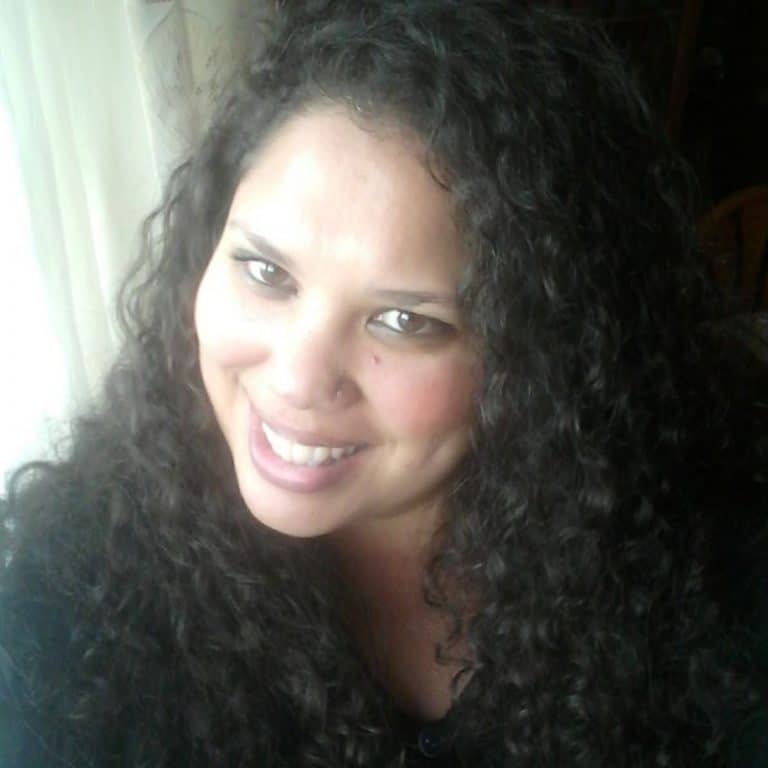 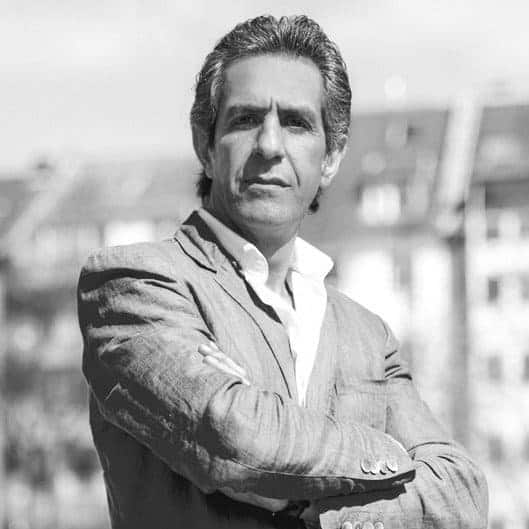 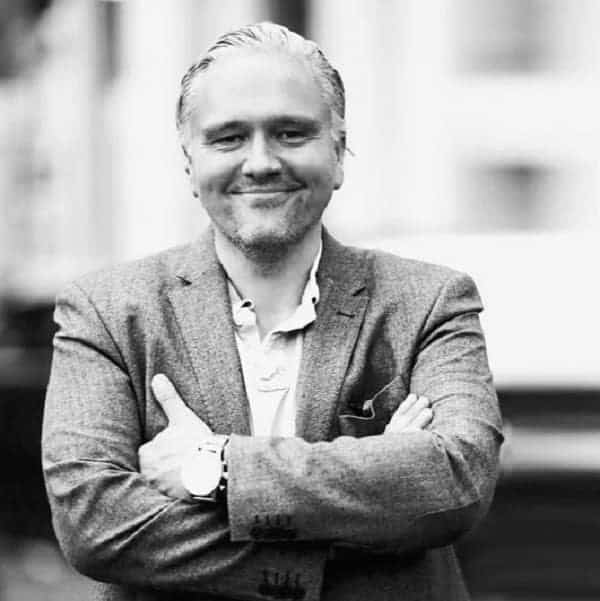 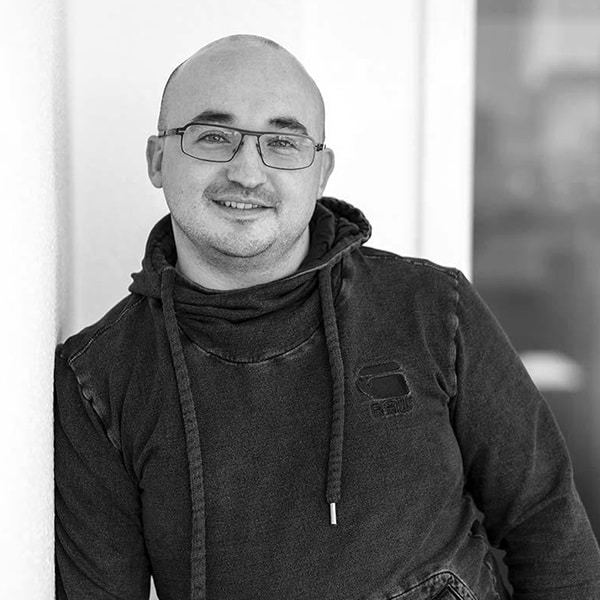 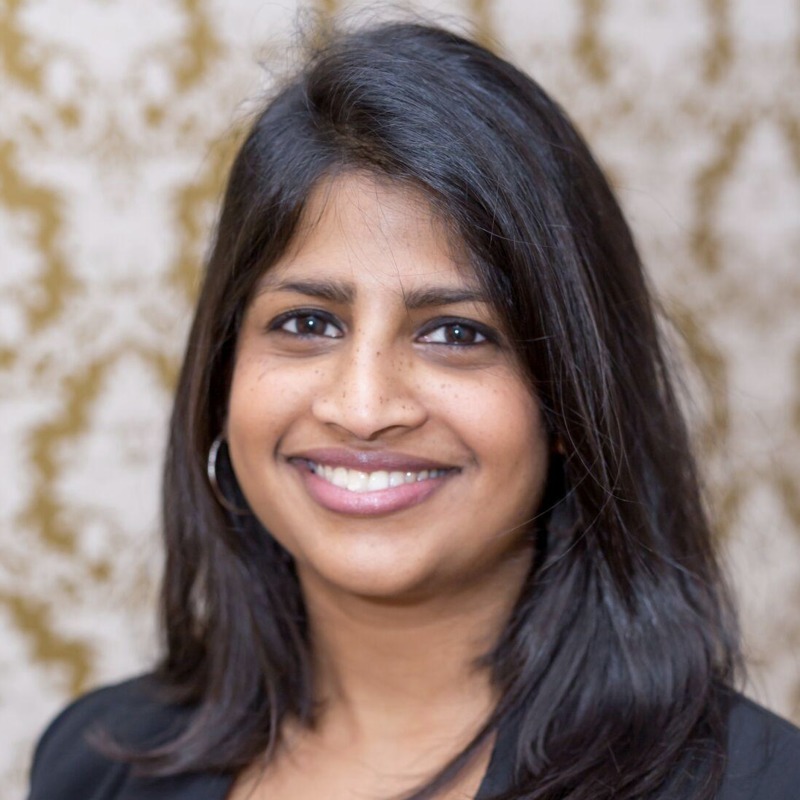 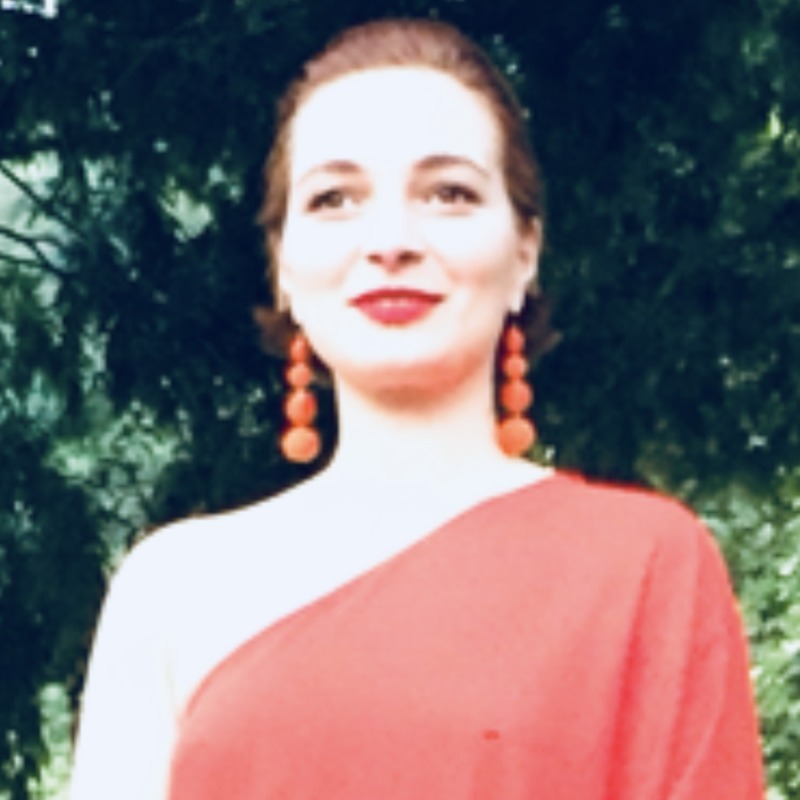 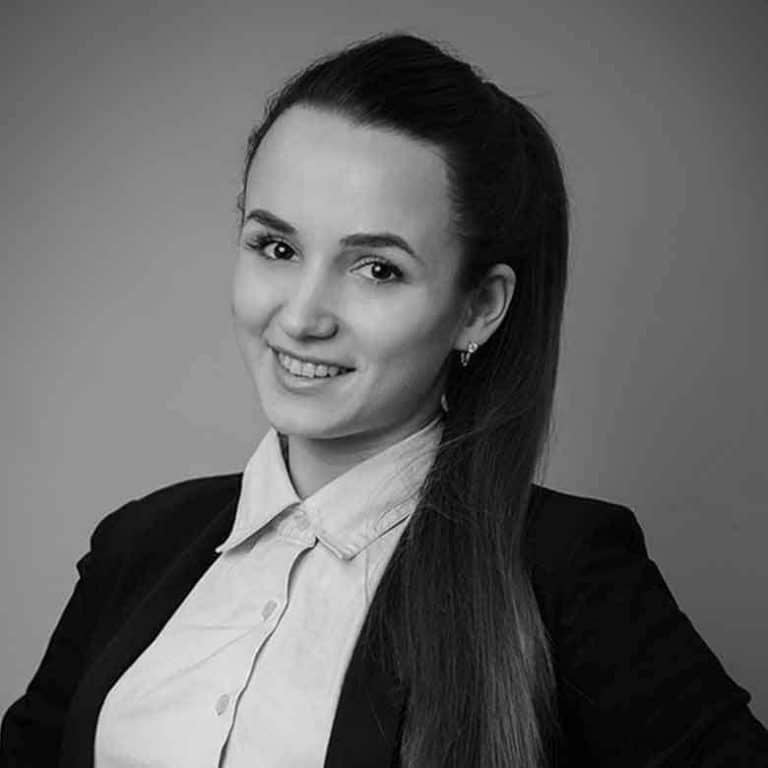 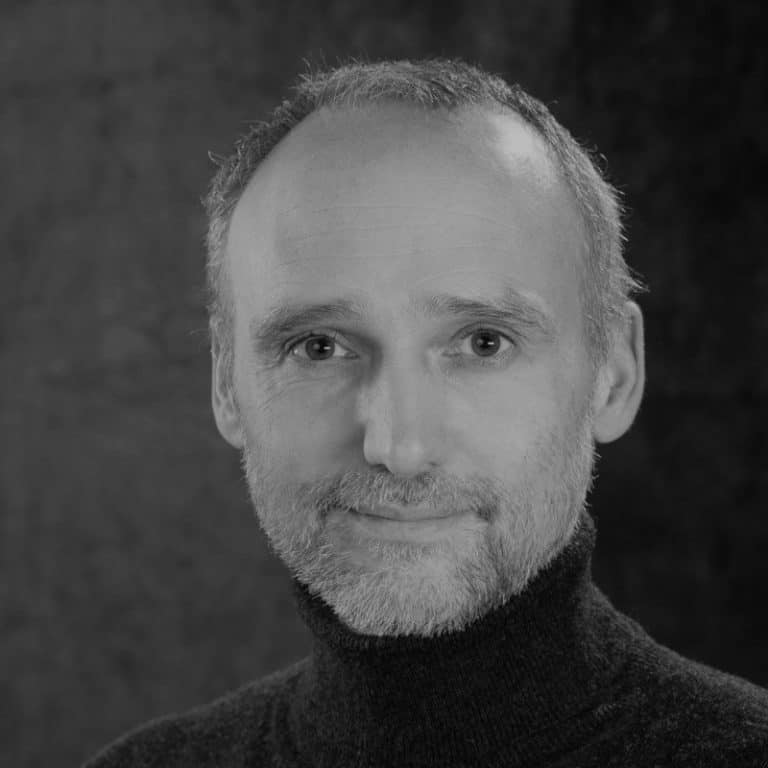 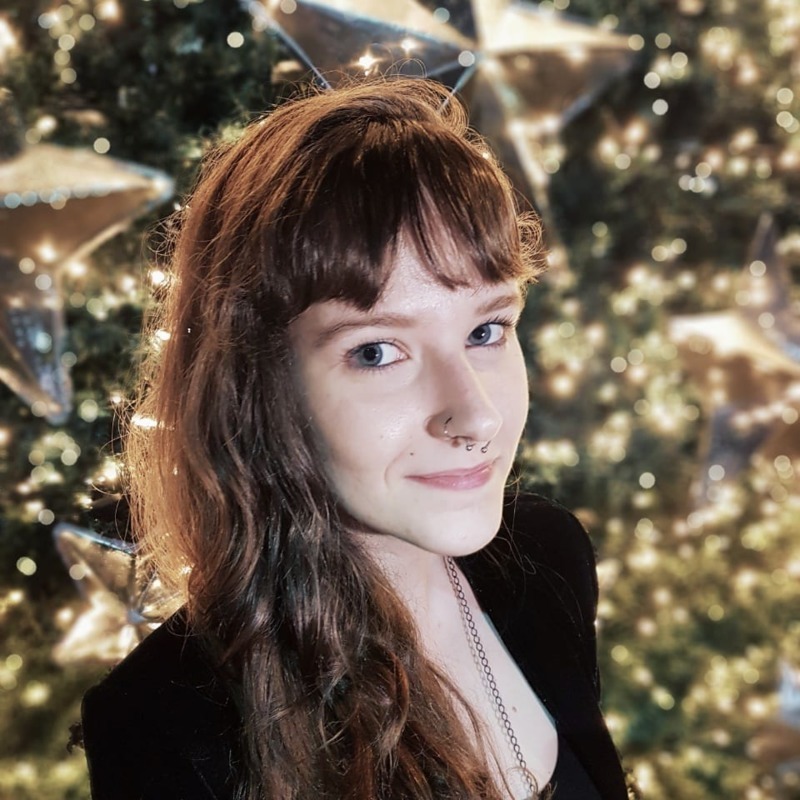 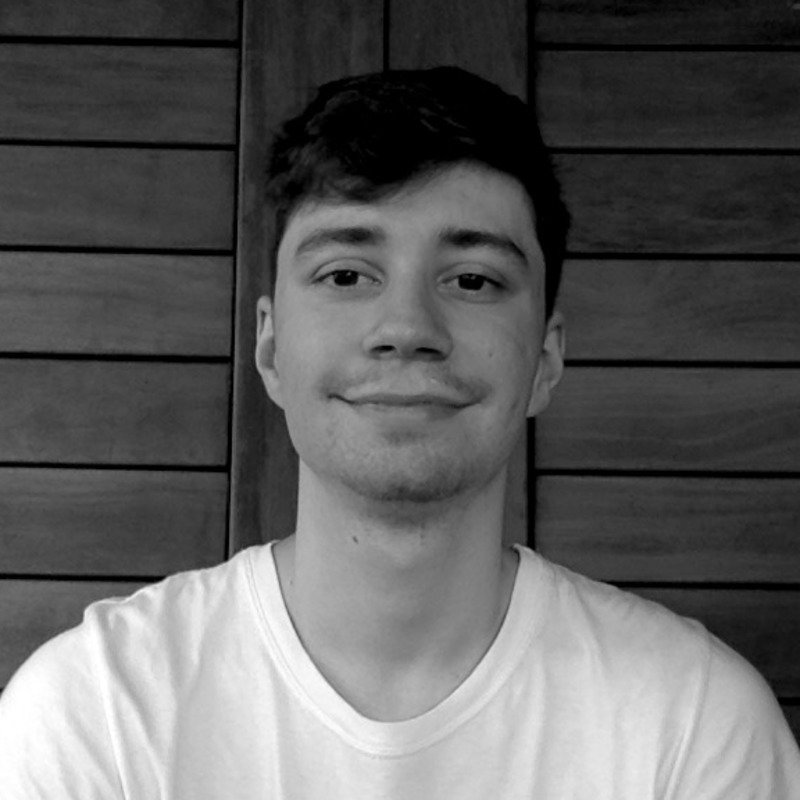 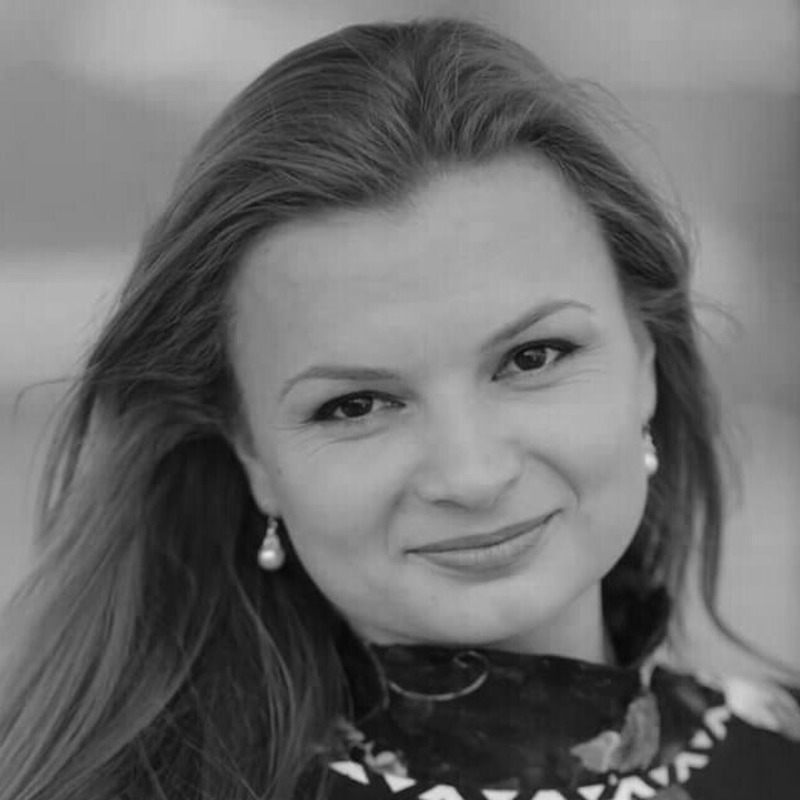 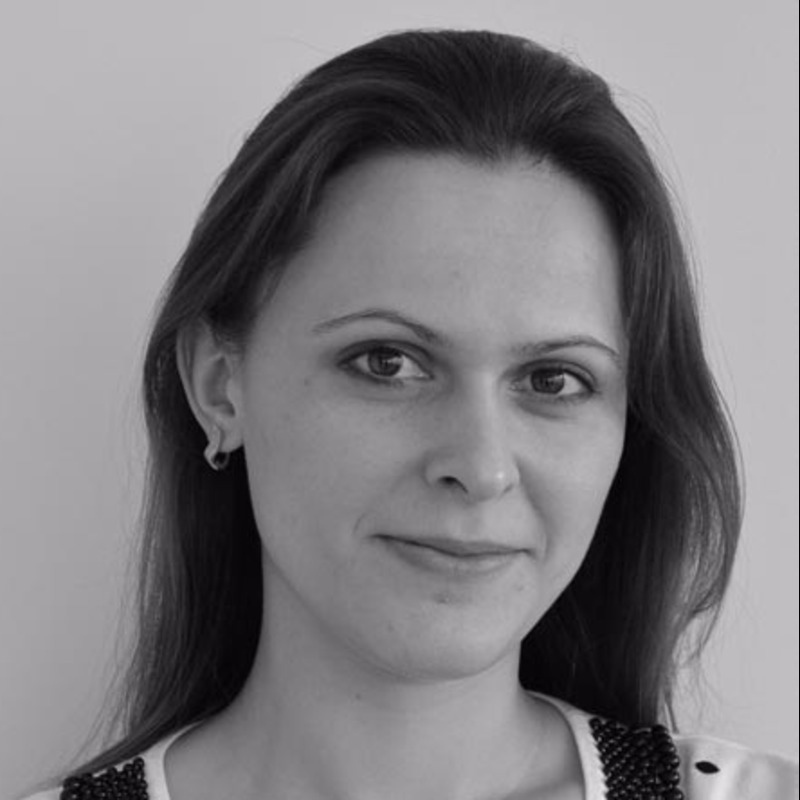 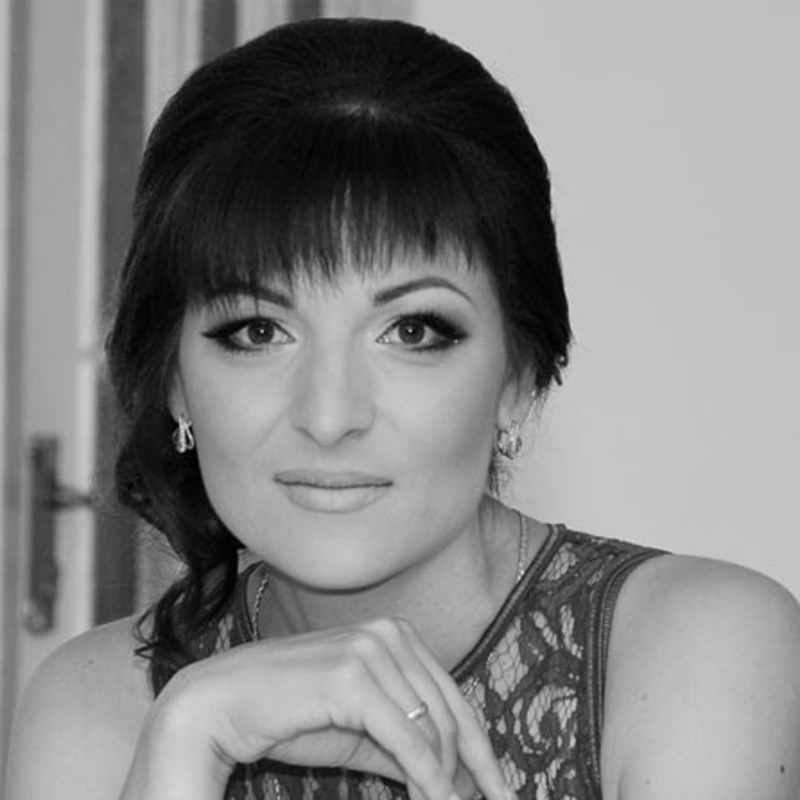 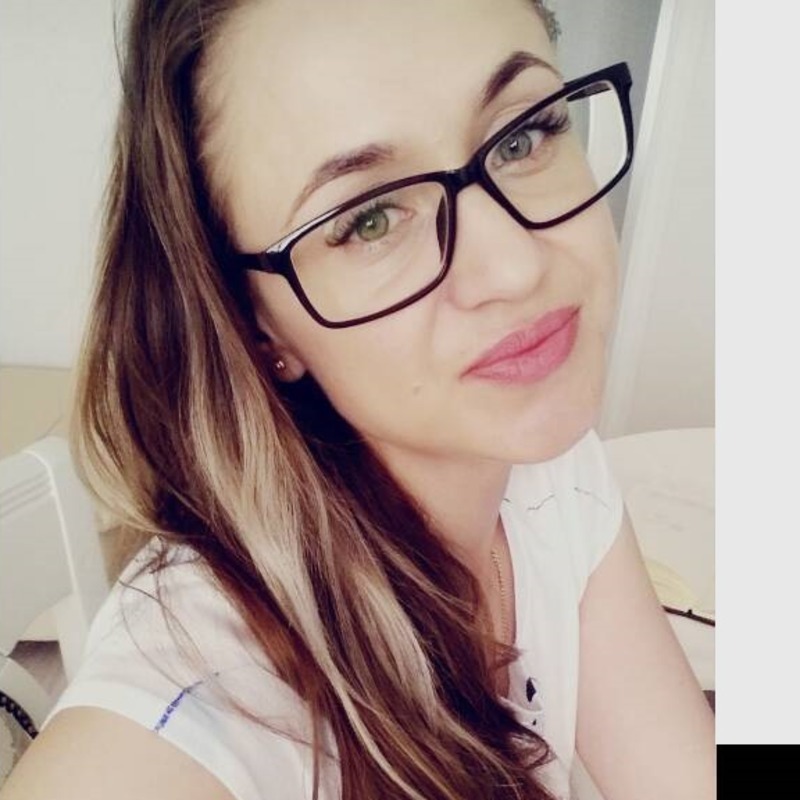 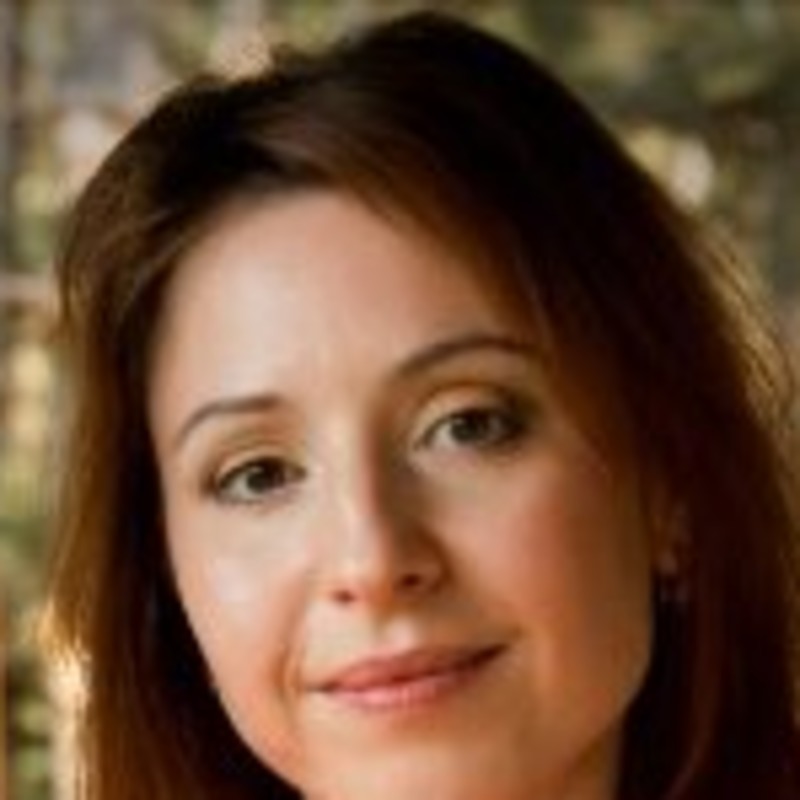 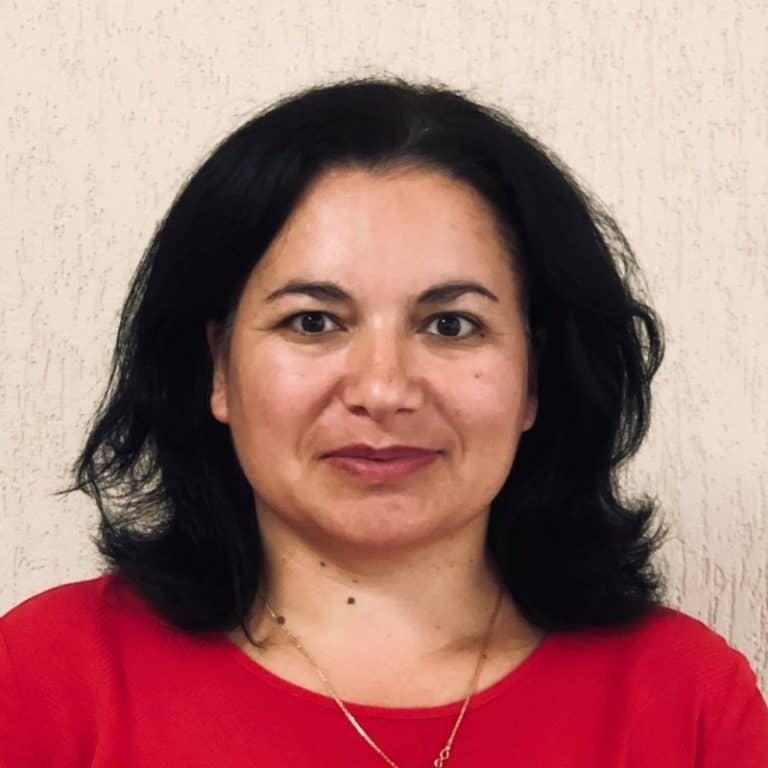 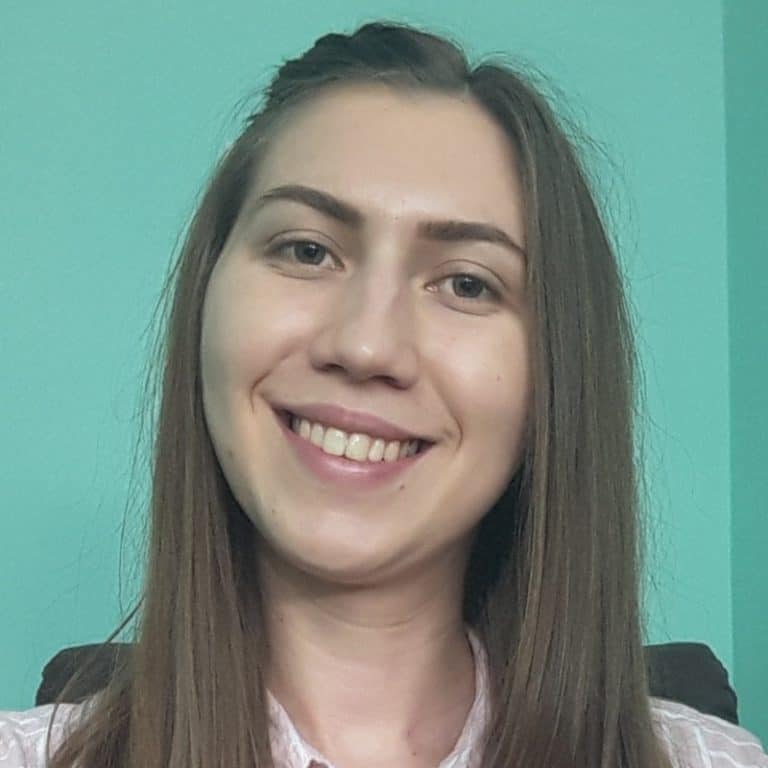 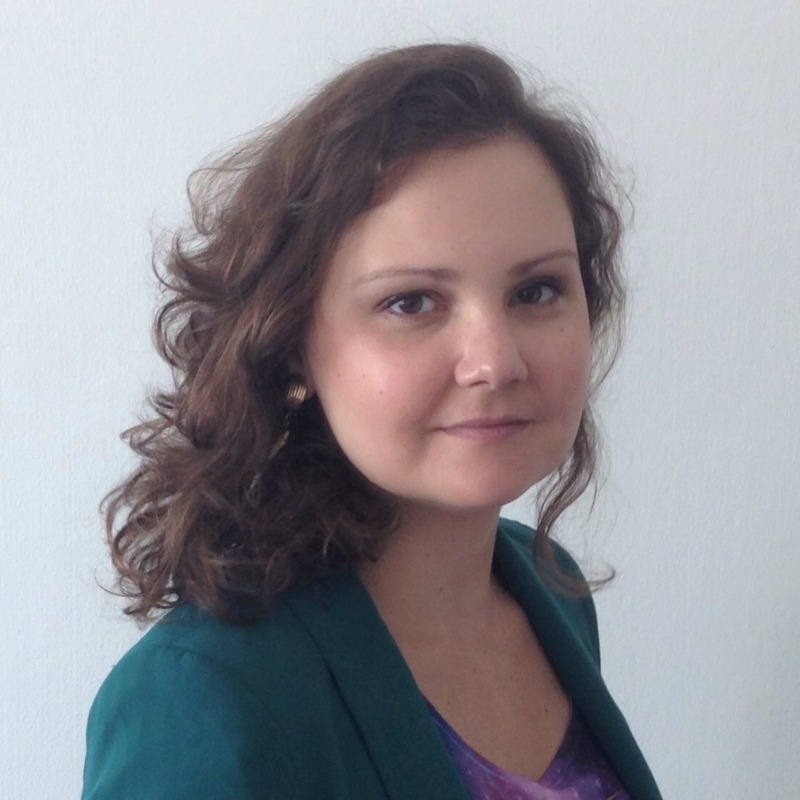 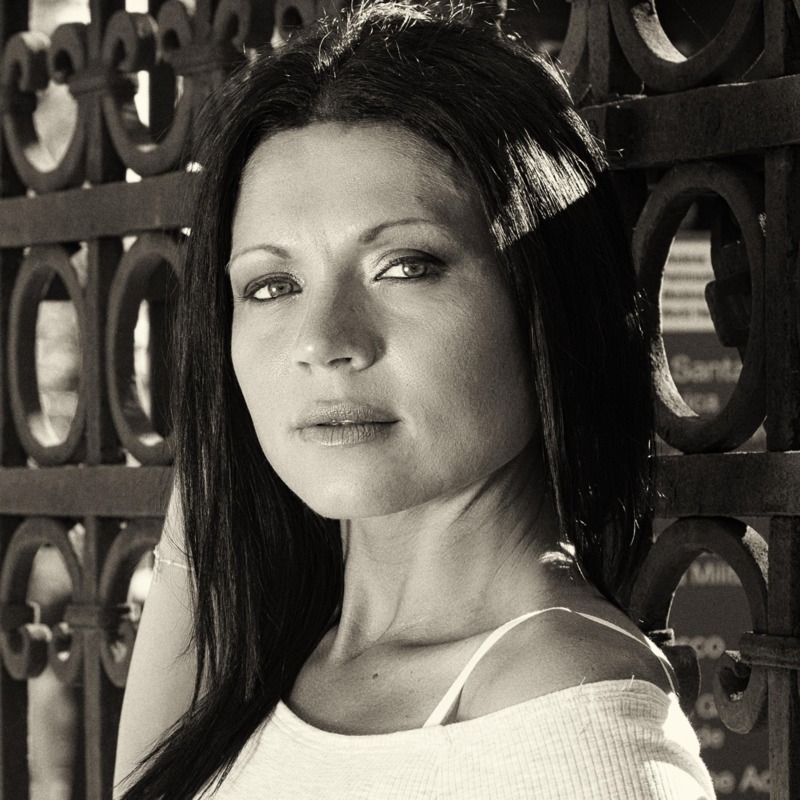 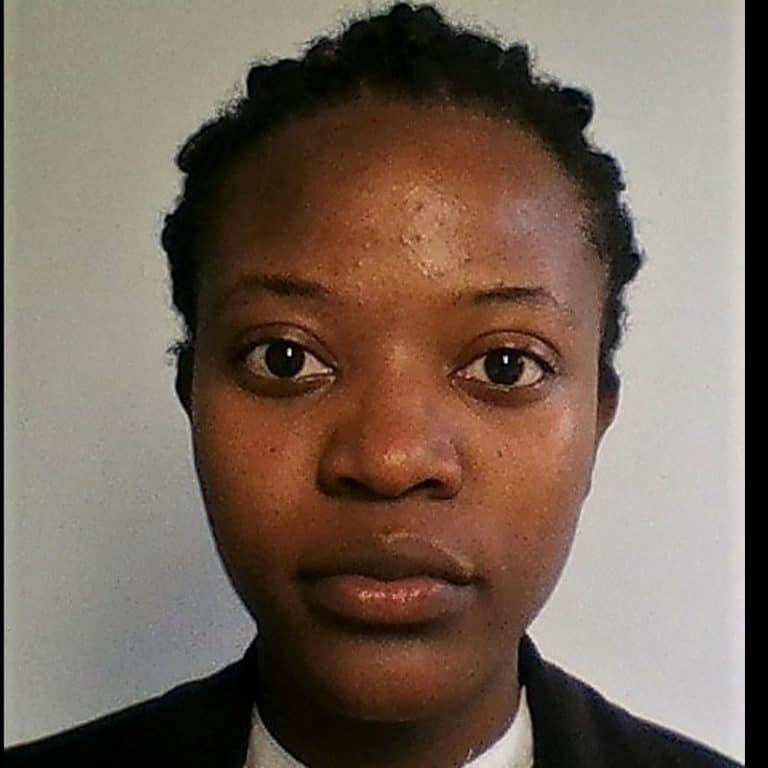 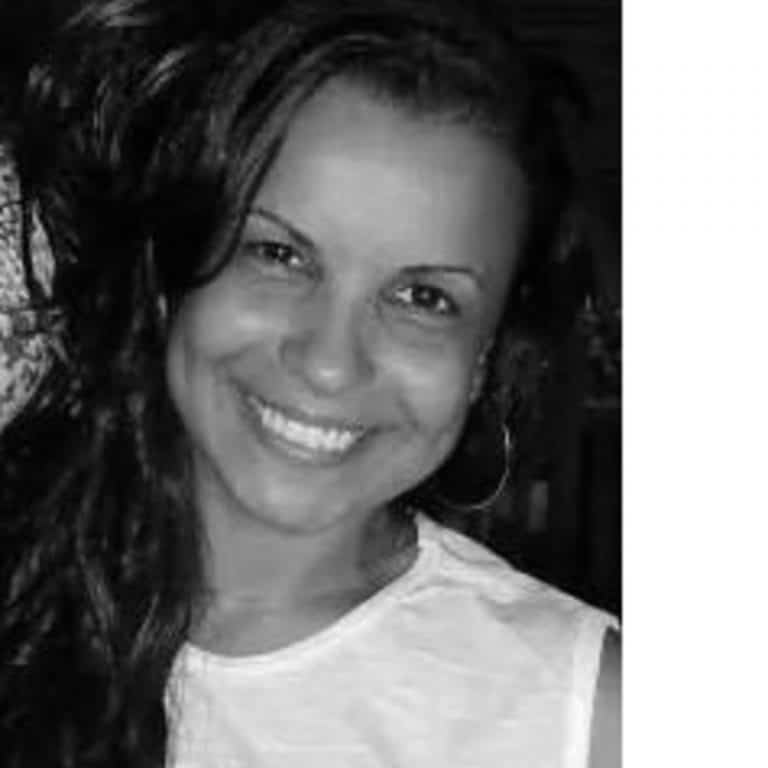 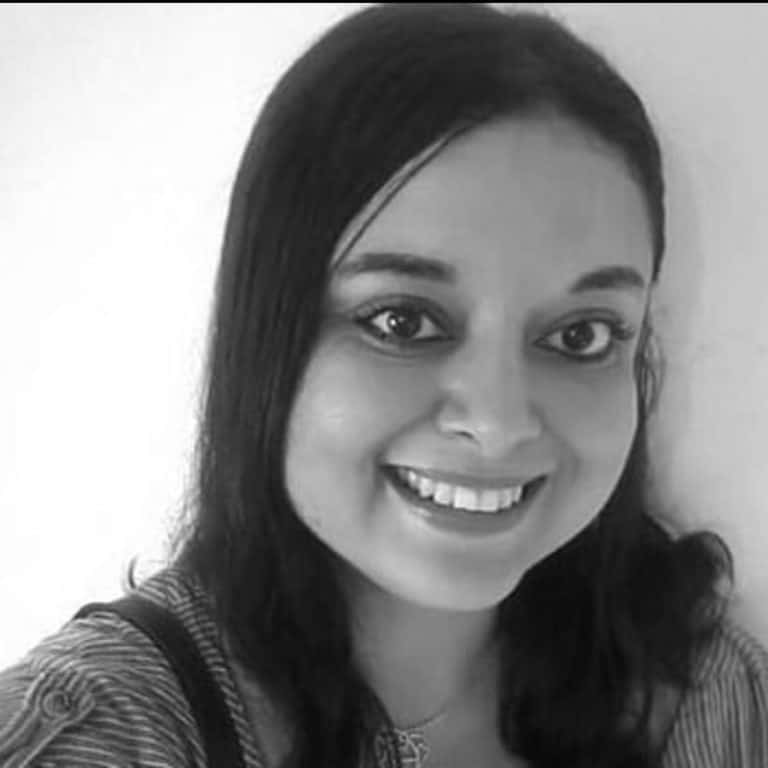 "Challenges of Implementing Quality of Care into Practice: among Care Providers for People with Complex Needs"

The book outlines the pressure on care provider who must meet the expectations of service users, their families and regulators. The demand for quality in healthcare has never been higher...

Please welcome a special inteview with Dr Marc van Roosmalen, one of the most accomplished field biologists of our time; he’s even likened to “a modern day Alexander von Humboldt”.

🔹 What or who encouraged you to write the book "Man’s Territorial Primate Factor"?

Human Rights Movements like MeToo and Black Lives Matter. By publishing this popular-scientific non-fiction book I intend to help people understand what-in-the-world drives discrimination and racism, the greatest issue of today’s multi-ethnic global society, aside of the COVID-19 pandemic. Education firmly based on science is the very key to tackle social problems, such as systemic racism, institutional discrimination, white supremacy, machismo, racial anxiety, and wealth disparity. Who are we, humans, if we don’t know where we come from? My first LAP-book (ISBN 978-620-0-53671-6) is titled “Man’s Territorial Primate Factor”. It aims to fill the gap in most people’s knowledge about the ‘Ascent of Man’, the roughly 200,000-yrs old tale of our evolution to become Homo sapiens, the smartest species among All the World’s primates. It unveils the underlying biohistoric and evolutionary roots of tribalism, male territoriality and warfare that throughout history over and over has led to genocide. Some cases of ethnic cleansing did happen recently, some even are ongoing. To name a few: former Yugoslavia, Ruanda, Myanmar, and China. As a primatologist, behavioral ecologist and life-long naturalist explorer of the Amazonian realm (read my second LAP-book “Live from the Amazon – On the Path of Evolution”) (ISBN 978-620-2-52206-9) I formulated a(n) r/evolutionary theory explaining in a plausible way the above-mentioned phenomena from a biological point of view. Most surprisingly, what may seem just behavioral aberrations not only do occur in human societies, but in about all other social primates in which dominant males jointly defend the group’s territory or living space. By comparison, I came to the conclusion that territorial behavior should be considered an exclusively masculine feature, perhaps embedded in the male Y-chromosome. My theory considers male territoriality to merely be an evolutionary pathway chosen by Mother Nature to control population density among advanced social mammals - species that, otherwise, would grow unsustainably - something that inevitably would lead to their extinction. In “Man’s Territorial Primate Factor” I tell the story that during the last 200,000 years or so it occurred more than once that anatomical modern Aboriginal (black) people forcefully had to migrate ‘out-of-Africa’. Thanks to the adopted art of kindling fire they could survive in an otherwise (for human beings) inhospitable climate and landscape. By opening up a new ecological niche - that of hunting down now-extinct megafauna like migratory proboscideans (e.g., mammoth, Stegodon) - these nomads over time could spread across India and then radiate into SE Asia and the Malay Archipelago. And from there, ‘island-hopping’, they eventually reached Australia, some 50,000 yrs ago. Most astoundingly, as I tell in my book, driven by the genocidal curve some Aboriginal outcasts, about 45,000 years ago, even managed to migrate along the coastline of Antarctica eastward. Doing so, they eventually landed onto the southernmost tip of South America, Tierra del Fuego. Ever since, the descendants of the true (black!) founding fathers & mothers of the Americas have thrived on that continent by skilful hunting down most of the unique and utterly biodiverse, now-extinct megafauna endemic to the New World. Among them, “Luzia” and the “Lagoa Santa” people whose skull and skeletons were unearthed in a cave near Belo Horizonte, Minas Gerais. Their remains were dated at 14,500 yrs old. Amer-Aborigine descendants of “Luzia” are thought to have gone extinct some 9,000 yrs ago. However, as I reveal in my book, during a recent expedition in search of the last relict population of the dwarf manatee (a new species I discovered and named Trichechus pygmaeus – one of the many stories I tell in “Live from the Amazon – On the Path of Evolution”), I happened to stumble upon a living relict population of “Luzia’s” Amer-Aborigine relatives. Still living as hunter-gatherers tucked away in a hitherto unexplored small river basin that is situated in the Brazilian Amazon east of the Rio Madeira. Not far from the rapidly inland advancing frontline of the industrialized soybean connection, where nowadays uncontrollable forest fires are raging! My worries are how to protect this nameless, unregistered relict population of ‘isolados’ from yet another undocumented genocide?

🔹 Tell us more about yourself, your professional experience and your aspirations. Why did you decide to publish these books?

As a born naturalist and field biologist specialized in flora, fauna and ecology of the Earth’s most complex terrestrial ecosystem, that of the Amazon, I have experienced that one’s most interesting and revealing observations, discoveries, theories and thoughts about how Mother Nature works, frustratingly as it may be, are not publishable in purely scientific journals. Why? Because of low sample sizes, something inherent to this overall difficult to access ancient natural environment. To share my knowledge, experience and philosophical pondering with the general public, I opted to lushly illustrated popular-scientific writing.

🔹 What are the comments on your books so far?

I tested my revolutionary ideas about human evolution and the ascent of man on a small Dutch audience reading books written in my mother-tongue. The book got hardly reviewed in the press; because, even in liberal Holland, it seems that many people do not want to be compared with “animals”, even not other primate species. It seems that our western society as a whole has hardly advanced in that respect, ever since Charles Darwin sat for decades on his evolution theory before he published ‘On the Origin of Species’ for fear of getting attacked by then ruling Anglican Church of England.

🔹 Which authors do you like to read? Which books have had a strong influence on you and your works?

My preferred authors and true icons in my professional life are: 17th century naturalist Maria Sibylla Merrian and the 19th century naturalists and explorers Von Humboldt, Wallace, Spix, Martius, Bates, and Spruce. Those days, conducting fieldwork in remote and unexplored regions must have been outrageously difficult and life-threatening.

🔹 Actively seeking new authors is part of our business concept. What was your first reaction when you received our offer to publish one of your works with us?

To be honest, I was very happy to know about LAP’s interest in republishing, divulging and marketing some of my previously (on amazon.com) self-published works. This way I may reach a much larger audience that prefers to read a paperback.

🔹 What was your experience with our team?

Excellent! Could not be better… My special thanks go to senior editor Mrs. Parascovia Petrachi.

🔹 Are you planning another book? If yes, on what subject and will you be ready to cooperate with us again?

Currently, Mrs. Petrachi and I are preparing the publication of ‘A Pictorial Guide to All Known Woody Plants of Lowland Amazonia’, which I compiled in eight volumes, each containing some 350 pages. The series is due to see daylight the coming fall.

🔹 Any last thoughts for readers?

I here would like to cite Alfred Russel Wallace (1823-1913): “To expect the world to receive a new truth, or even an old truth, without challenging it, is to look for one of those miracles which do not occur.”

Menu
Scroll to Top
We use cookies to ensure that we give you the best experience on our website. If you continue to use this site we will assume that you are happy with it.
Learn more in our Privacy policyOkNo
Revoke cookies